From the headlines, it looked like 2014 was a bad year, and much of the bad news concerned the planet itself. Both greenhouse gas concentrations and -- according to preliminary numbers -- global temperatures reached record highs. Former environment leader Australia seems to have reversed course. Illegal wildlife trade has killed record numbers of elephants, rhinos and other species while jeopardizing human security.

As any good doctor or engineer will tell you, we do have to talk about problems as the first step to finding solutions. Still, most of the news we hear seems to dwell on the bad. So was there any good news in 2014?

It turns out the year did bring some good news for the planet. The impacts of these individual achievements have been enormous. Still more important are the trends they represent. 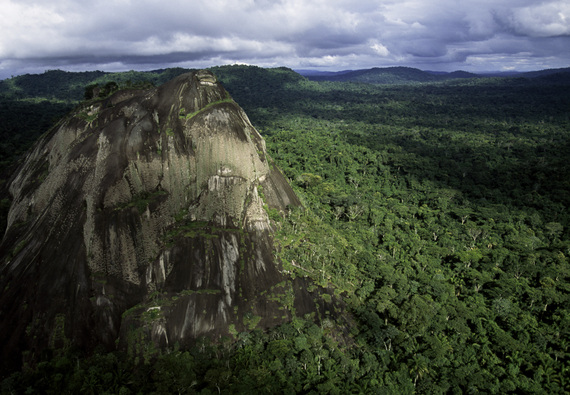 In Brazil, scientists announced near record-low forest loss in the Brazilian Amazon, down as much as 80 percent from peak levels. The Amazon is an enormous reservoir of biodiversity and the largest rainforest on the planet. Recent reductions in deforestation there have prevented the emission of billions of tons of carbon dioxide into the atmosphere, and may help reduce recent regional trends of decreasing rainfall.

The broader trend: The improvements in protection of species and ecosystems in Brazil have resulted from multiple factors -- policies, parks, monitoring, enforcement. Though much remains to be done to maintain this progress and halt loss of Amazon forests, we're starting to see tangible benefits when multiple sectors combine forces to sustain nature. 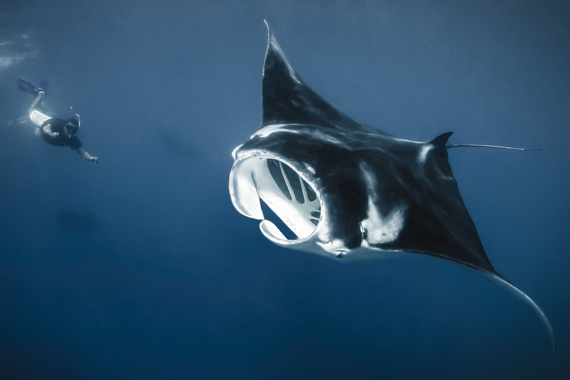 A snorkeler in Indonesia swims with a manta ray. © Shawn Heinrichs

By almost any measure, Indonesia is among the most important places on Earth for conservation. The tropical nation has unparalleled biodiversity and tens of millions of people who depend on nature for freshwater supplies, fisheries and other vital benefits. Alas, Indonesia's vital marine ecosystems face a host of threats including rapidly expanding and poorly planned fisheries. Which is why what happened this year is so important.

Indonesia declared its entire territory a sanctuary for manta rays -- the graceful, winged cousins of sharks that can grow more than 7 meters (21 feet) across. These amazing creatures have been slaughtered in large numbers in recent decades, and a forward-thinking national policy like this is a hopeful sign for other issues.

The broader trend: Indonesia's manta declaration is among several ways Indonesia is reforming fisheries management to focus on greater sustainability. More broadly, it reflects a spreading global trend toward understanding that species are often worth much more alive than dead, and that the true value of nature lies not in exploiting it for short-term gain but in sustaining it for the benefits it provides us over time.

Name an area of human endeavor that hasn't been transformed by technology and information in the last half-century. Medicine, manufacturing, education, commerce, communication ... even the way we create and experience music and literature. But so far the revolution hasn't quite hit the way we care for the planet. That's now changing, in a big way. 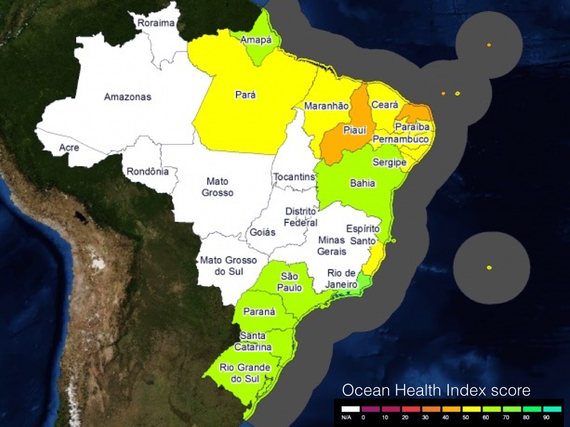 Take the Ocean Health Index, an audacious effort to synthesize dozens of datasets, from fisheries to tourism to habitats, into a globally available tool to track the health of our oceans and, more importantly, to guide specific policies to better sustain oceans and their ability to support people. Leaders in Colombia, initially dismayed at their scores, now use the Index to guide their marine and coastal policies. Another great 2014 example was the release of Global Forest Watch, an online platform that tracks changes in forest cover around the world in almost real time.

The broader trend: For the first time ever, we're able to create tools for managing the planet that are both globally applicable and locally relevant. These innovations in science and technology show us how "big data" will help us sustain nature, not by stockpiling information in some vacuous cloud but by generating targeted tools to fill gaps in the ability of countries and communities to make smarter decisions.

The tortured history of efforts to avert climate change and its impacts have seen few bright spots. 2014 saw a major one with the deal struck between emissions heavyweights United States and China to limit carbon output.

This is welcome news, for sure, raising hopes for a meaningful global climate agreement at the end of 2015 in Paris. But no problem as complex as climate change will be solved by international policy alone, which is why a flurry of other 2014 actions were important.

Burlington, Vermont quietly achieved its goal of all energy from renewable sources, as other cities made new plans to join the 100 percent club. At the September Climate Summit in New York, major companies -- Walmart, Unilever, Nestlé and others -- declared their support for ending forest loss by 2030, while agriculture giant Cargill committed to ending deforestation across its entire agricultural supply chain. This is big, since deforestation -- much of it driven by poorly planned agricultural expansion -- is a major driver of climate change.

All of these cases indicate that we may be near a tipping point. When few countries, or companies, are taking action, being the first can seem risky. But when a diverse field including the major players are acting to fight climate change -- and actively exhorting others to join, as Apple's Tim Cook did -- it's those who aren't taking action that face the greater risk. 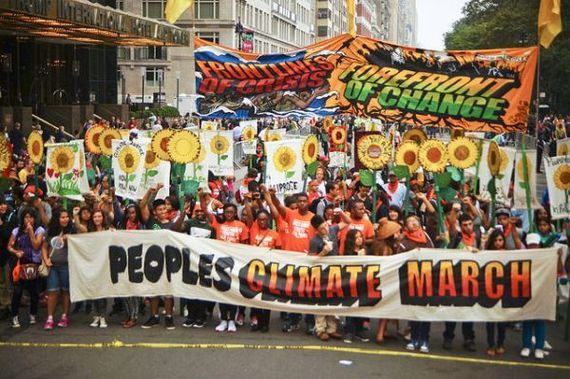 A few of the more than 300,000 participants in September's People's Climate March in New York City. © Light Brigading

The broader trend: This year's flurry of progress on climate shows that, while meaningful global and national policies are within reach, it's the actions of cities, companies and most importantly the individuals who hold them accountable (including the more than 300,000 participants in the People's Climate March) that make the difference.

We should be careful not to confuse progress with success. We've got a long way to go. But the progress and trends of 2014 are a great start toward securing the planet that we all depend on. Here's hoping 2015 will take us further.