HuffPost Food recently went on a tour de force of some of America's major casual dining chains. Regardless of your taste in cuisine, chances are you've found yourself at a casual dining restaurant before, whether one is your go-to Friday night spot or a road trip-only meal. These national chains pride themselves on creating a menu that can appeal to a wide variety of eaters. But are these calorie-heavy appetizers worth it? We pitted eight appetizers from eight casual dining chains against each other to find out. Week 5: French Fries.

For our fifth installment, we examined french fries. No one likes a soggy french fry, yet several chains churned them out nonetheless. The other major problem was the level of salt -- the bad ones either had too little or too much, both of which can ruin fries. Several chains did manage to execute a decent french fry -- but we had to try more than a few duds in the process.

Check out the results below (high score: 5, low score: 1), and check back next week for Chain Food Showdown, Vol. 6: Onion Rings. 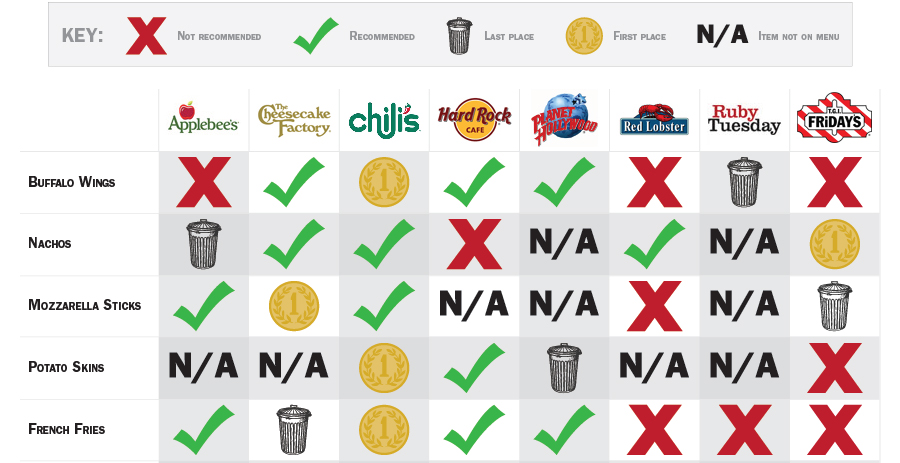