Mitt Romney is losing a lot of "friends" after his defeat in the presidential race last week.

Take a look at a snapshot of the negative statistics (below), via Disappearing Romney.

The graph to the left shows Romney's overall downward spiral in Facebook Likes, while the right-hand graph updates the sliding "Like count" in realtime. At publication, Romney had approximately 12,040,140 fans.

On election day, Romney's Facebook Page's Like count was at 12,135,972. Several days later, the Daily Dot reported Romney was losing a whopping 847 Facebook friends per hour. By contrast, a picture of President Obama and First Lady Michelle in a heartwarming embrace, posted shortly before Obama gave his victory speech on Election Night, went massively viral on Twitter and Facebook. The post became the most popular photo on Facebook and the most retweeted update on Twitter. It was also discovered through a recent Oxford Internet Institute experiment that most Americans preferred tweeting about Obama over Romney.

To add to Mitt Romney's digital woes, his campaign may have put him at a disadvantage by releasing a half-baked voting app that is said to have cost the former Massachusetts Governor thousands of votes. The poll-monitoring app, dubbed ORCA, experienced multiple problems on election day, making the project "unusable and completely unhelpful to the campaign."

What do you think about this new website's stats on Romney? Does the drop in popularity surprise you? Sound off in the comments section or tweet us at [@HuffPostTech]. Then read more about the seven tweets that defined election night (here), or check out nine lessons that Facebook taught us on election day (below).

PHOTO GALLERY
What Facebook Teaches Us About Elections
Download
Calling all HuffPost superfans!
Sign up for membership to become a founding member and help shape HuffPost's next chapter
Join HuffPost 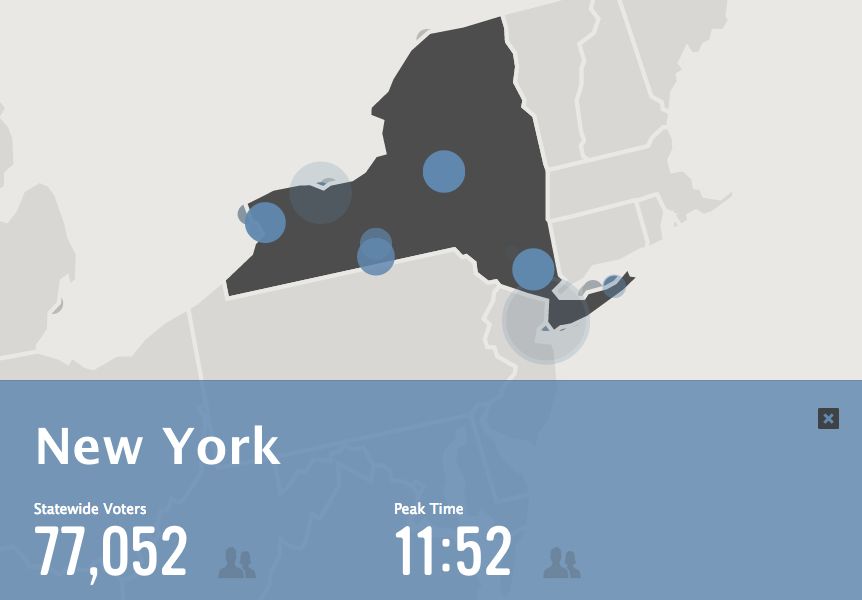 1 / 9
Who's Voting And When
Facebook has created a "real-time heat map" that shows where Facebookers are voting across the country on Election Day 2012. Based on user-generated information, the social media site is projecting data on the age and gender of voters, as well as the peak times for voter activity in specific locations. <a href="http://www.facebookstories.com/vote">To access the map click (here)</a>.
Facebook