We've heard it once. We've heard it twice. And we're sure to hear it again: Fast food jobs aren't "real jobs." They're for teenagers who need extra cash or for young workers who need a "launching pad" to a better job down the line.

These sort of assumptions get thrown around all the time. "Why can't you get a real job?" a Montana judge asked a 21-year-old fast food worker convicted of vandalism in June, implying that a different job would help him pay off his restitution quicker.

But in reality, fast food jobs are a very real segment of our economy. And for many real moms, dads and other working people, they're a very real source of income too.

So the next time someone says fast food jobs aren't "real," please remember some of these points:

For years, the fast food industry has created jobs at a faster rate than the rest of the economy.

Since the recession ended, we've seen a troublingly uneven recovery, in which many of the middle-income jobs lost from 2008 to 2010 have been replaced by low-wage jobs. And fast food jobs are a large reason why, outpacing the country's overall job growth.

“Fast food is driving the bulk of the job growth at the low end -- the job gains there are absolutely phenomenal,” Michael Evangelist, a policy analyst at the National Employment Law Project, an advocacy group, told The New York Times in April.

According to an NELP report, 44 percent of jobs added in the past four years have been low-wage jobs that pay workers around $10 an hour. 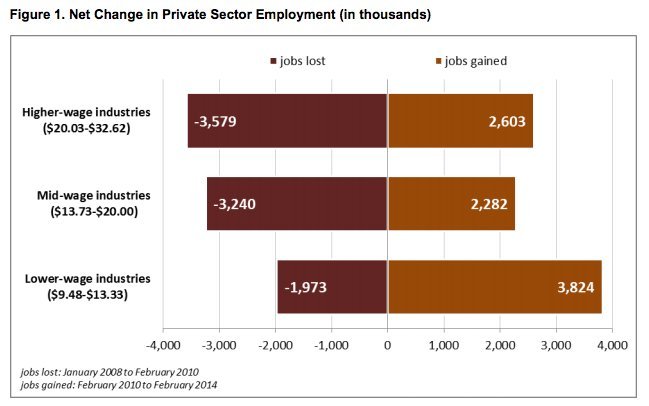 Opponents of raising wages for fast food workers often say that those jobs are mostly for teenagers living with their parents who are just looking for some extra spending money. But that's not true anymore.

Increasingly, fast food jobs are being filled by adults who need full-time work. According to an analysis of government data by the Center for Economic and Policy Research, 70 percent of fast-food workers are 20 or older these days.

CEPR's analysis also found that more than 1 in 4 fast food workers have a child. For what it's worth, it costs about $245,000 to raise a kid. 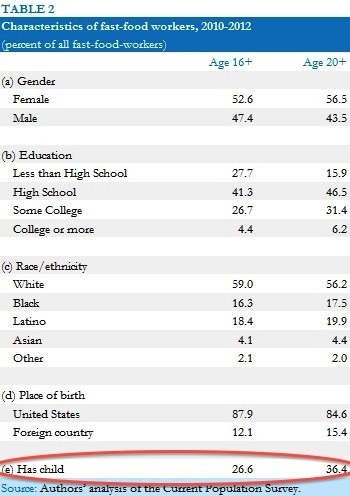 So the fast food industry's low wages end up having a very real impact on taxpayers.

Because fast food pay is low, workers often have to rely on public assistance programs like food stamps and Medicaid to get by, which ends up costing American taxpayers billions of dollars every year. 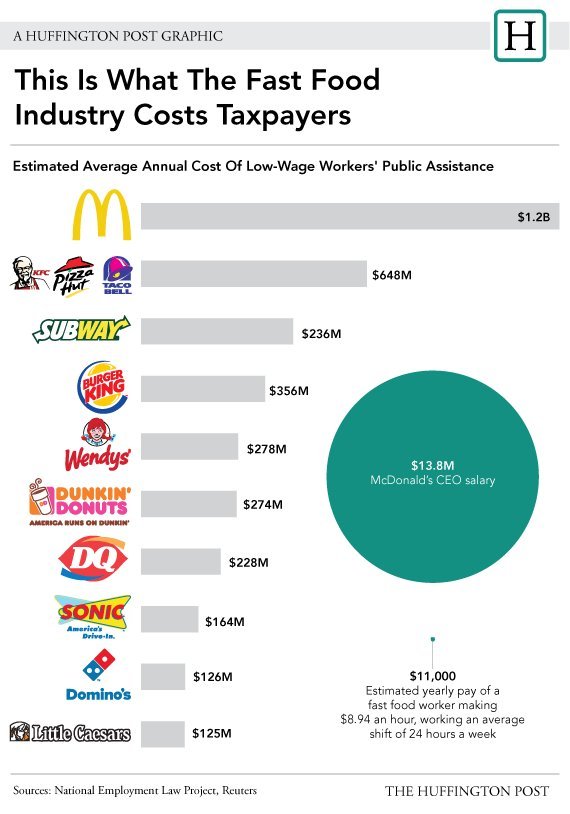 Fast food workers are gaining momentum as a real labor group to be reckoned with.

Over the past two years, fast food workers have come together to organize a series of massive strikes calling for a $15 minimum wage and the right to unionize. The most recent protests spread to about 150 cities.

And their strikes have helped make some very real change for all low-wage workers.

Fast food workers haven't had much success unionizing. But throughout the course of their two years of striking, 13 states and 10 local governments have raised their minimum wage. Democrats are now leaning on the minimum wage as an issue that can bring them support from both sides of the political spectrum. 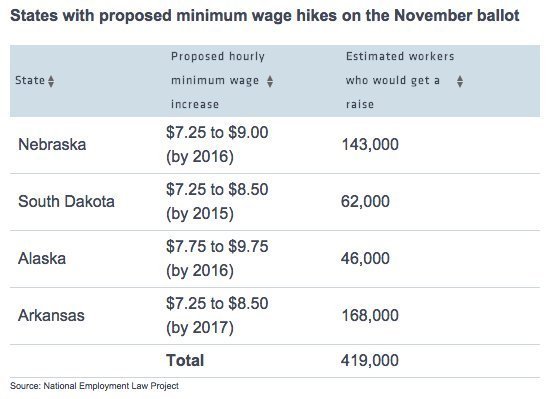 All four states considering a minimum wage increase in the November elections are Republican. (Chart courtesy of CNBC.)

The bottom line is: Fast food jobs are real jobs, filled by real workers facing real poverty. And that's a very real problem for all of us.