Of all the threats to good writing, the worst -- and most insidious -- is cliché: the re-use of the over-used.

As Martin Amis put it:

Hitchens wasn't exaggerating. At best, cliché is boring. At worst, its mind-numbing effect has been a tool for totalitarians. Psychiatrist Robert Jay Lifton wrote about this in describing his research with Korean War POWs and refugees from Maoist China:

The language of the totalist environment is characterized by the thought-terminating cliché. The most far-reaching and complex of human problems are compressed into brief, highly reductive, definitive-sounding phrases, easily memorized and easily expressed. These become the start and finish of any ideological analysis. (Thought Reform and the Psychology of Totalism: A Study of "Brainwashing" in China, 1961)

Like all other sins, cliché is much easier to spot in others, even if they aren't dictators. We all know to roll our eyes at a schmoozer's "Hot enough for ya?" or a jock's "We gave it 110 percent!"

But the clichés lodged in our own minds are insidious. There, they disguise themselves as self-evident truths and cherished beliefs. It's the clichés you like that are the toughest to escape.

Consider this one, a once-radical idea from the 1960's, now embedded in the mainstream: "Trust your heart."

Like most clichés, this was once a fresh insight: The rational, orderly life, as lived by the 50's organization man, isn't enough; people also need feeling and spontaneity.

A good point, but long since made. Now, we hear it over and over -- in pretty much every movie and commercial -- often without noticing that it's become meaningless. Its very familiarity is a big part of its charm, like a comfy old pair of shoes. 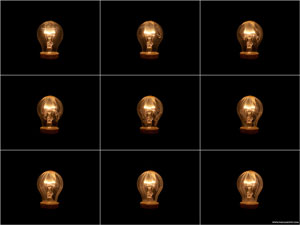 That comfiness is where the mind-numbing happens: as an idea is repeated, we're lulled into paying no attention to whether it's valid at this particular moment, in these particular circumstances.

If you see sugary junk food, should you trust your heart? Should climate change deniers trust their hearts? Should racists?

Sometimes, trusting your heart obviously is the right choice -- as a creative professional, I make my living by it. But our culture's unthinking acceptance of the cliché leads to countless bad economic, political and life choices every day (*cough* Donald Trump *cough*).

Here's another example, this one so popular it feels almost sacrilegious to mention it here: "It takes a village to raise a child."

Again, this was once a meaningful observation, but it has lost its meaning as we have thought about it less with each repetition.

Hearing "It takes a village," a liberal probably would understand it to mean, "We should invest in social programs that support families."

But a conservative might very well hear the opposite: "We need to stop using social programs to undermine families."

Which is it? In cliché mode, there's no way of knowing, because we're not thinking.

We write to communicate thoughts, but clichés destroy thought.

And as I hope I've demonstrated, that's especially true of the ones we like.

They're all clichés. Junk them, and watch your writing come to life.

Creating Content Driving You Crazy? Here's How to Write Both Fast and Well