The McCain campaign's election strategy PowerPoint, published on his website this morning, reveals that the campaign has accepted a remarkable fact: McCain and his advisers have lumped Arizona, the Republican Party presumptive nominee's home state, among what it is considering swing states. In other words, McCain feels he could lose Arizona to Obama, an admission that squares with recent surprising polling data.

In Arizona, and particularly among his home district residents, Sen. John McCain's popularity compared to Sen. Barack Obama's is declining fairly rapidly, according to the most recent poll.

Democratic Congressional candidate Bob Lord, running to represent Arizona's 3rd District, commissioned the poll, which was published last week and reports McCain drawing 48 percent and Obama 43 percent support among residents in the district that the McCain family calls home. Statewide, McCain only leads Obama by an 11-point margin. The surprising poll results add to the growing feeling among analysts that McCain can take nothing for granted against Obama, particularly it seems in McCain's western region of the country. 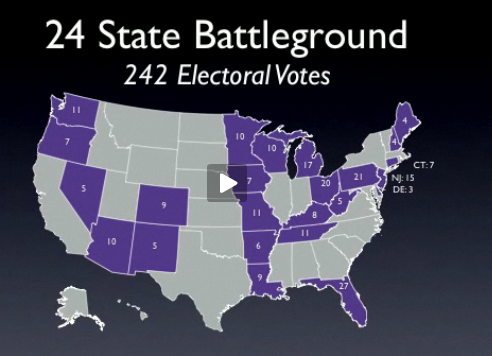 Indeed, one of the unexpected reasons McCain's home district may be turning on him is that it is also home to more than 56,000 veterans. Veterans in Arizona have been outraged that McCain refused to sign on to the recent GI Bill written to increase educational benefits to soldiers serving in the post 9/11 U.S. military. That McCain is losing ground among veterans and Arizona residents must come as dire news to his supporters and members of his campaign.

By way of comparison, the opposite -- McCain gaining ground in Obama's home state and district -- is unimaginable. A poll of Illinois voters published in March showed Obama's popularity continuing to rise in relation to McCain's, up 60 percent to 31 percent. And the idea that McCain could draw close in Obama's home district -- the 1st District -- centered around Hyde Park, the Obama family's urban south-side neighborhood and home to the University of Chicago, is laughable. Indeed, the district's longtime representative is Bobby Rush, the former Black Panther who authoritatively defended his seat against Obama eight years ago, schooling the now-presumptive Democratic Party nominee in grassroots politics.

One explanation for McCain's dropping lead in Arizona suggested by the poll is the impact of the corruption scandal presently plaguing Arizona Republican Congressman John Shadegg, who is accused of skirting election finance laws.

While the McCain lead shrinks in Arizona, Obama is gaining in popularity throughout the West, leading analysts to suggest Democrats, riding Obama's coattails in the fall, will do very well there in state and congressional races.