If you’re the sort of person who still believes President Donald Trump’s promises on health care, there’s probably nothing at this point that could dissuade you from the notion that Republicans have a “fix” at the ready to replace “Obamacare.”

If, however, you’re the sort of person who pays attention to the world around you, you have good reason to believe that Trump’s latest vow to reform the health care system is as bogus and disingenuous as all his others.

On the heels of the Justice Department’s announcement Monday that it is fully backing a lawsuit that would eradicate the entire Affordable Care Act ― a decision Trump reportedly directed himself ― the president has begun making big promises that he and the Republican Party are on the verge of revealing a tremendous new plan that will make American health care great for everybody.

“If the Supreme Court rules that Obamacare is out, we’ll have a plan that is far better than Obamacare,” Trump told reporters in the White House Wednesday, according to a pool report. On Tuesday, he said, “The Republican Party will soon be known as the party of health care. You watch.” He later tweeted the same thing.

This is, to put it in simple terms, hogwash. And it’s the same hogwash Trump and the GOP have been trying to pour down America’s throat for a decade.

Here is the truth: Trump has no idea what he wants to do about the serious flaws in the American health care system. For Trump, touting health policy is akin to the teetotaler president telling consumers that Trump Vodka is “great-tasting.” He has no clue about either of these things. How could he?

At one point last year, Trump went so far as to brag about “record sales” of health plans his administration authorized. In fact, there were literally none of those plans available for sale.

During the 2016 campaign, Trump made vague, outlandish promises to concoct a plan that would cover every American at a lower cost. Such a plan has never been seen. During the repeal push two years ago, Trump’s White House never even bothered coming up with its own proposal, leaving the task instead to Congress, which similarly had no idea what it wanted to do, beyond repealing the dreaded Obamacare and simply gutting the safety net, which has been the party’s goal for several decades at least.

Republicans do not have a plan because there is no way for them to have a plan. Americans want less-expensive health care and less-horrible health insurance. Cutting Medicaid and Medicare and throwing away the health insurance subsidies from the Affordable Care Act will not achieve those results.

The private sector has always controlled the health care system, even after Medicare and Medicaid came into being in 1965, so turning over more of it to the vicissitudes of the marketplace seems a dubious approach to solving the problems that very system has created in its quest to maximize profits.

Here is the truth: Trump has no idea what he wants to do about the serious flaws in the American health care system.

Last week marked the nine-year anniversary of President Barack Obama signing the Affordable Care Act into law. Obamacare has its very real problems, chiefly that there remain millions of people who can’t afford health insurance and medical care or are barely fitting it into their budgets. But the law also extended health coverage to something like 20 million people who were uninsured before, and it includes a guarantee that no one can be turned down for health coverage because of pre-existing conditions.

Throughout those nine years and the preceding year and a half of legislative activity around the ACA, the GOP has promised over and over and over again that it would have a great plan that reduced health care costs and made sure people had access to affordable health insurance.

In the years Republicans controlled the House and Senate during Obama’s and Trump’s presidencies, they also voted dozens of times to repeal the entire law or major components of it. Republicans and conservative activists got lawsuits to dismantle the law before the Supreme Court twice and failed both times. This latest case could go the same way.

That same lawsuit was an issue during the 2018 congressional elections. Combined with the congressional repeal effort the prior year, these things gave Democrats concrete examples of the GOP’s hostility to health coverage programs and to rules protecting people with pre-existing conditions. The Republicans’ electoral strategy was to respond to these obviously true things by simply lying about them and claiming their preferred policies would have the opposite effect.

What Trump and his “party of health care” have failed to come even close to doing is proposing a credible alternative plan that would achieve anything close to the Affordable Care Act’s results. Quite the contrary, in fact.

The repeal-and-replace bill House Republicans passed in 2017 would have led to more than 20 million additional uninsured and higher health insurance premiums for anyone not lucky enough to be young and/or healthy. The Senate version, which failed to pass, would’ve produced similar results.

In the current political context, Trump backing a lawsuit to shatter the Affordable Care Act and making transparently meaningless promises about health care reform is even more ridiculous because Democrats control the House. Among Democrats, the only question about health policy is whether to shore up Obamacare or to commit to a fully government-financed health care system. If Trump were to come out in favor of those things, it would be truly stunning.

Trump backing a lawsuit to shatter the Affordable Care Act and making transparently meaningless promises about health care reform is even more ridiculous because Democrats control the House.

As president, Trump has shown time and again that his real health care agenda amounts to less health care, less security and fewer people covered. Trump has used many tools to undermine and sabotage Affordable Care Act programs ― which he straight-up promised to do as soon as he took office. It’s one of the few promises he’s kept.

Under Trump, the federal government has encouraged states and health insurance companies to reintroduce junk insurance with few benefits and huge potential out-of-pocket costs that make the worst Obamacare plans look good by comparison. The Trump administration has pushed states to seek new limitations on coverage of low-income adults on Medicaid, including work requirements. Arkansas, the first state to adopt work requirements, has quickly proven that the policy is working as intended and has kicked 18,000 people off their health coverage in less than a year.

For those who see these latest comments from Trump and wonder if they might be going insane, you have company: House Minority Leader Kevin McCarthy (R-Calif.) reportedly agrees that it’s crazy Trump is talking about health care again. At least one Republican leader knows when it’s time to stop talking rubbish. 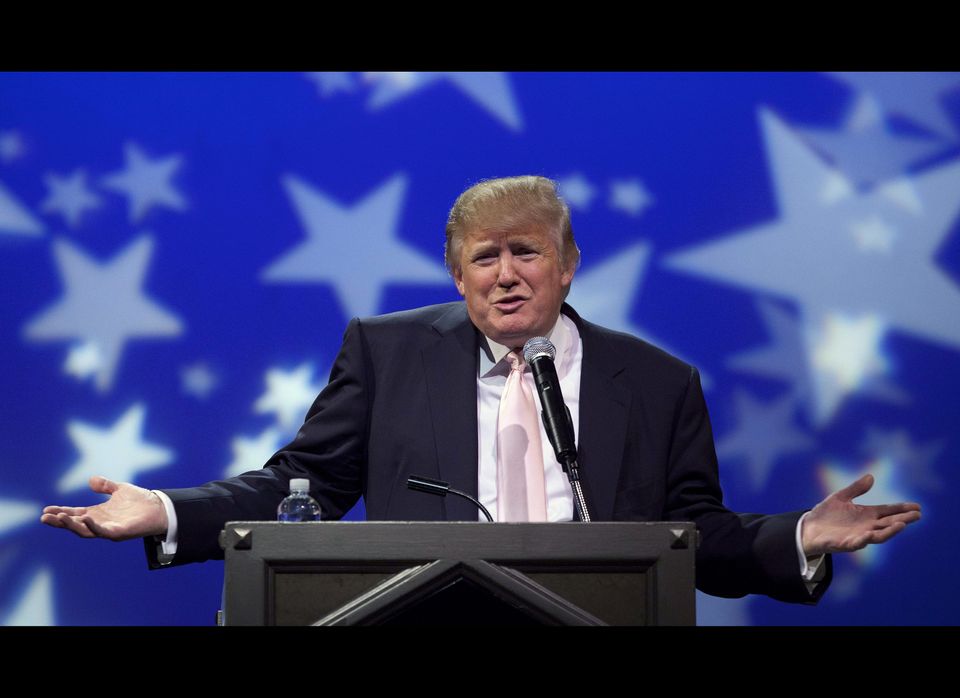 1 / 8
Not Running For President
AP