Attorney General Eric Holder announced on Thursday that two states will be allowed to go forward with legalizing recreational marijuana use, a major move that could reshape the federal government's policy on pot. Colorado and Washington state forced Holder's hand when they made all marijuana use legal in November referendums -- while 20 other states have some sort of medical marijuana laws on the books -- but every single joint is still illegal under federal law.

Many marijuana reform advocates are hopeful, but they've had their hopes dashed before.

Before he was elected, President Barack Obama said he would stop federal raids on growers operating under state medical marijuana laws. Marijuana reform advocates were further cheered by a 2009 DOJ memo that said the government wouldn't use its considerable law enforcement and prosecutorial resources to target those who complied with state law.

Despite the friendly words and the welcome memo, the raids rolled on. The Drug Enforcement Agency and prosecutors claimed they were targeting medical marijuana growers and dispensary owners operating in violation of state laws. But because a Supreme Court ruling bars marijuana users from using the defense that they are following state laws, that side never gets heard in court. And even if some dispensary owners were breaking the law, advocates argue, prison is far too high a price to pay for a consensual crime.

All along the way, every year since Obama was inaugurated in 2009, the casualties of the war on weed have kept piling up: Growers, patients and you, the American taxpayer. 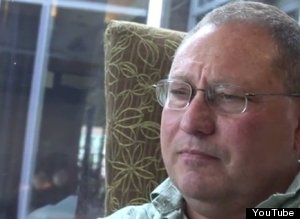 Jerry Duval was a registered Michigan marijuana patient who lost his family farm and whose son went to prison after refusing to testify against his father in the wake of a federal raid in 2011. But that wasn't all: Suffering from juvenile diabetes, glaucoma and neuropathy, he was the recipient of both a kidney and a pancreas transplant. In 2012 a federal judge recommended he be sent to a special medical prison, a recommendation the feds initially ignored. Eventually, after months of stress for Duval and his family, the feds caved. Now he is serving out a 10-year sentence at the same medical prison where the accused Boston bomber is being held, for a term he estimates will eventually cost the feds $1.2 million. 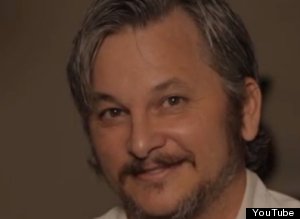 Aaron Sandusky of Rancho Cucamonga, Calif., was sentenced earlier this year to 10 years in federal prison for his medical marijuana dispensaries.

While medical marijuana is legal in California, federal prosecutors painted Sandusky's business as a "criminal enterprise" that exploited "his customers' good-faith search for pain relief."

Prior to his arrest, Sandusky had received a letter from the U.S. Attorney's Office warning that his stores violated federal law. Sandusky responded by closing two of them, but the following month, federal agents raided his remaining dispensary. They seized marijuana plants and $11,500 in cash, effectively wiping out Sandusky's business. 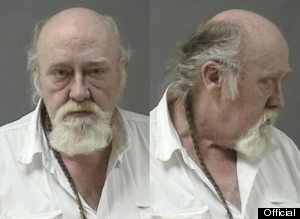 Richard Flor was Montana's first registered medical marijuana caregiver. In March 2011, he was providing medical marijuana to 300 patients in accordance with state laws. That's when the feds swooped in, arrested him, his wife, his son, and everyone else involved in running Montana Cannabis.

Flor was given five years in federal prison -- five years that turned out to be a death sentence. Afflicted with dementia and depression, the 68-year-old's lawyer asked federal U.S. District Judge Charles Lovell to release his client from a private prison while they appealed his sentence.

"He is in extreme pain and still is not being given round-the-clock care as is required for someone with his medical and mental conditions," his lawyer wrote. "It is anticipated he will not long survive general population incarceration."

Flor's lawyer was right. Flor died in a Las Vegas just weeks after the judge denied the request.

"I was sorry to learn of the passing of Mr. Flor," Lovell wrote in a statement afterward. "Judicial ethics prohibit further response."

Norman Smith and Tim Garon weren't the kind of big-time marijuana dispensary operators or growers whom the feds like to target in their raids. They were simply two men, the former diagnosed with cancer and the latter with hepatitis C, who found a little relief from their suffering in marijuana.

And for seeking out that relief -- legal under state laws in California and Washington, where they lived, respectively -- they were both apparently denied liver transplants by their hospitals. (Advocates have argued that if the federal government changed its policy, that hospitals would change theirs.)

"Marijuana, unlike alcohol, has no direct effect on the liver. It is, however, a concern ... in that it's a potential indicator of an addictive personality," Dr. Robert Sade, director of the Institute of Human Values in Health Care at the Medical University of South Carolina, told the Seattle Post-Intelligencer to explain why hospitals deny transplants to marijuana patients.

Smith died in July 2012, a little over a year after he was denied a liver transplant. Garon, the 56-year-old lead singer in a Steely Dan cover band, died in March. 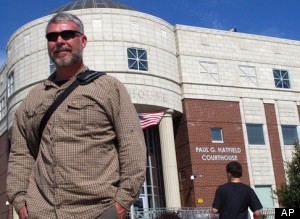 Chris Williams was working as a medical marijuana provider in Helena, Mont., in 2011 when federal agents raided his greenhouse and arrested him for drug trafficking. A year later, he was found guilty of eight charges, including conspiracy to manufacture, possess and distribute marijuana and firearms charges. As is normal in federally prosecuted cases, Williams wasn't allowed to argue that he had followed state law in his role as a medical marijuana provider.

Williams faced more than 80 years in prison on the charges, due to his refusal to accept a plea deal. Earlier this year, however, Williams took a rare post-trial plea deal and was sentenced to five years.

When the feds raided four medical marijuana collectives in Seattle earlier this year -- after the state had legalized recreational use of the drug -- the owners weren't the only ones hurting. The DEA claimed the owners were hiding profits from the state, but in the process they also scooped up patients' personal records.

After the raids, a "stream of customers" was turned away from one dispensary.

"You can't tell me there isn't [sic] bigger fish to fry, especially now that recreational marijuana is legal [in Washington]," one patient said. "It is just, to me, inconceivable that this is still happening."

Medical marijuana advocates claim the drug can be used to treat glaucoma, nausea from cancer and can help children with autism.

You, the American taxpayer

An analysis from Americans For Safe Access found that the Obama administration has burned through nearly $300 million in its fight against medical marijuana in states where it has been legalized.

The administration's crackdown on medical marijuana also incurs additional costs to the American taxpayer. A report from the California branch of NORML found that judges had doled out nearly 500 years in prison sentences for defendants in medical marijuana cases. In California, where many of these cases have been prosecuted, incarcerating one prisoner for a year costs more than $47,000.