I'm beginning to think we should just change the Second Amendment to the right to bear tragedy. Including the recent incident in Oregon, we've had 45 mass shootings at schools this year alone and 994 general mass shootings during the last three years. If you bother to do the math, that's nearly three times as many people who died in all four Rambo movies combined.

Yet, Republican politicians' only answer seems to be to actively ignore the root cause (guns!) and say "mental illness" as many times as possible until a Kardashian does something wacky and we forget about it all so they can go back to collecting money from NRA lobbyists while plotting the most effective way to control women's vaginas and profitably decimate the environment before the Rapture occurs. 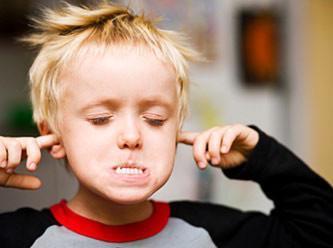 The GOP on mass killing

If none of them were swayed after Sandy Hook, what are the chances now? The only way they'd vote for gun control would be if corporations were getting shot because those are the only "people" they really care about.

And let's cut the bullshit about mental illness.

People with mental illnesses are no more likely to commit violence than anybody else. They commit just 3 to 5 percent of all violent incidents, according to the Department of Health and Human Services. In line with that, a new study from Vanderbilt University says: "Fewer than 5 percent of the 120,000 gun-related killings in the United States between 2001 and 2010 were perpetrated by people diagnosed with mental illness." Besides, how many Republicans would be willing to support a federal health care program that payed for heightened detection and treatment? The government will start shutting itself down if you just try thinking about it.

Look, my brother is mentally ill. I've grown up among his mentally ill friends and peers and visited various group homes he's lived in. The majority of people I've encountered are not violent. The only thing they're interested in killing is a bowl of ice cream. Most of them can't even drive a car or balance a check book, let alone get a permit, haggle for arms at a gun show or meticulously plot out a mass murder.

Perhaps we should reconsider types of guns and ammunition that make more sense in a war zone or a Terminator movie. You don't need those for self-defense. Who's fucking attacking you? An army of the undead? You don't need them to hunt, unless deer and bears start dressing in Kevlar and arming themselves to the teeth in a desperate attempt stay off your den walls and take their homelands back.

And don't give me that baloney that people are just going to buy it on the black market anyway. If you stop production on these types of weapons it will cause the price of the ones in circulation to skyrocket, especially on the black market. That's how America works. Supply and demand. Most of these lone wolves live with their mommies or in a one-room apartment above a lighting store and wouldn't be able to afford to easily get their hands on one. How many Richie Rich mass shooters can you recall?

The Oregon shooter (who lived with his mommy) was found with a 9mm Glock pistol, a .40-caliber Smith & Wesson, a .40-caliber Taurus pistol and a .556-caliber Del-Ton, as well as five more ammo magazines and a flak jacket containing steel plates. Seven more weapons were found at his apartment including a shotgun, four rifles and two pistols. How can one man who isn't John McLane be allowed to have access to such an extensive armory? What would he need it for?

Jeb "the Establishment Candidate" Bush summed up the GOP's stance best when he said: "Stuff happens, there's always a crisis and the impulse is always to do something and it's not necessarily the right thing to do."

Highly insensitive words that aren't so surprising coming from the son of a woman who insinuated that the poor black survivors of Katrina crammed into the Astrodome never had it so good. Yeah, why would you want to try to change anything in the face of repeated massacres that practically happen on a daily basis, Jeb? Shoot! That's just life.

Jeb also said, "A child drowns in a pool and the impulse is to pass a law that puts fencing around pools, well, it may not change it...the cumulative effect of this is in some cases, you don't solve the problem by passing the law, and you're imposing on large numbers of people, burdens that make it harder for our economy to grow, make it harder for people to protect liberty."

Why should I be inconvenienced by a pesky latch because your stupid toddler fell into an unnatural standing body of water without learning how to swim before reading? I might get a splinter or prevent an unintended tragedy!

The funny thing is that even Jeb doesn't believe the horseshit analogy spewed from his mouth to pander to the fringies. After a child fell into a pool and nearly drowned when he was governor in Florida, Jeb signed a law in 2000 requiring pool owners to pick a way to prevent unsupervised kiddies from going into the water.

The law made it compulsory for pool owners to either install fencing around the pool, safety covers, door alarms or self-latching doors. The alternative was to face jail time or a fine. Wow! That sounds like a highly sensible solution to a horrendous problem that actively deters future pain and suffering through action instead of hollow words.

What ever happened to that guy? He should run for president.