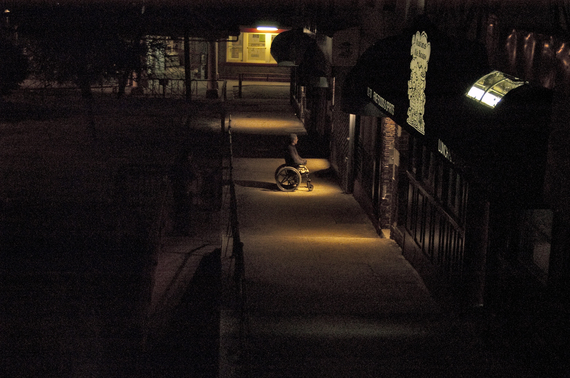 REVIEW:
I begin this review by saying how incredibly brave, generous, and amazing I find William Genovese. If you run for president I'll vote for you sir! Mr. Genovese walked right into a fire he has been battling for years to do this film. That fire ignited the day his sister Kitty Genovese was murdered in Queens upon her return home in the darkness of the early morning hours of March 13, 1964. When it is argued that no one called the police while she screamed in terror and agony for help, whilst being stabbed by Winston Moseley who recently died in prison.

If you missed it this past season of "GIRLS" used her murder for a backdrop of an episode where none of the main characters are listening to each other during a performance piece filled with 60s characters made to parody the neighbors, who did not react to the murder while it was in progress. If there is one thing worse than revisionist history, it is silly parody of a real life tragic event to be used making a point about something nowhere near analogous. Love and friendship gone wrong, versus being stabbed to death and screaming your lungs out for people to do something. I found this totally immature but worse than that, I found it unaware.

Having gone through something similar but not at all comparable to Kitty Genovese in my 20s; only that I was able to force the man coming in through the window out before something monumentally bad happened --while I screamed for help and ran throughout the apartment building in the Broadway district of Manhattan and it took too long for any door to open. I thought of you, Kitty Genovese throughout those horrible moments. I grew up with your story and though it was many years after your tragedy, I have learned that no one should think they are exempt from the unthinkable.

I thought this film was impeccably done. It was not only a tragedy, but a love story about family who never give up and who mark their lives with the efforts of what they could do to change "it," if they could change "it."

I leave you with a letter Bill Genovese wrote to the New York Times.

To the Editor:
Re: "Winston Moseley, Unsparing Killer of Kitty Genovese, Dies in Prison at 81"
With Winston Moseley's death comes, maybe, the final chapter in the tragic
story of the events of the early morning of Friday, March 13, 1964.
As my mother would have wished, my family's "better angels" do now express
our condolences to the Moseley family, most especially to the Rev. Steven
Moseley, one of Winston's sons, a man of faith, love and courage who
struggled in his formative years with a stain and dilemma undeservedly forced
onto his being.
May the Spirit, in whom I believe that Kitty, and now Winston, reside, help
resolve the eternal question: What do we owe to all our fellow beings? This is
a question that each human being must strive to answer, one moment at a
time. Let us join with the hope of shared egalitarian equanimity.
WILLIAM J. GENOVESE