Hillary Clinton's campaign manager began the race by saying he expected a competitive primary. Few pundits believed it at the time, but clearly, she got one.

Clinton learned from her loss to Barack Obama in Iowa. She kept her head down and spent a year on retail politics, cleverly arriving in a van instead of on a plane. She hired some of the best organizers in politics to build the most hands-on ground game, identifying a captain in every precinct. She traded crowds for questions at coffee shops.

After the financial crisis, there remains great economic anxiety in the country. Sen. Bernie Sanders (I-Vt.) has a simple damn-the-system message that resonated with many primary activists. He learned from the Howard Dean and Obama campaigns how to use small-dollar fundraising tools and to build a presence online. He even ripped off Obama's "change we can believe in" slogan.

The debate on the Democratic side has hinged on whether President Obama went far enough.

Ultimately, Iowa is an event decided by the most vocal, committed activists in the party. With turnout up and nearly half of caucus-goers new -- factors that were supposed to help Sanders, Clinton won in a squeaker. Sanders made it clear he's not going away any time soon, but it's Clinton who remains in the best position to win the nomination.

Expectations are now in check. The aura of inevitability that brought down Clinton's campaign in 2008 hasn't reappeared. A choice is coming into view.

The debate on the Democratic side has hinged on whether President Obama went far enough. Ninety percent of Democrats in Iowa still support Obama, and entrance polls showed a healthy majority of them want to see his policies continued.

Sanders argues he could have achieved more progressive accomplishments -- an unconvincing argument for many battle-weary Obama supporters. Clinton argues that she'll protect and expand upon a legacy that brought our economy back from the brink, broadened access to health care for all Americans, held Wall Street accountable and restored our alliances around the world. She faces the same challenge the Obama campaign did in 2012: it takes longer to explain how we got where we are and where we should go next than to simply say we need a change.

Sanders argues he could have achieved more progressive accomplishments -- an unconvincing argument for many battle-weary Obama supporters.

As the race unfolds, that debate over how to expand on President Obama's legacy will continue. Sanders has a leg up in New Hampshire, where he's considered a third Senator because Vermont television bleeds into the state. Given Sanders' inability to reach the diverse communities that made up the Obama coalition, Clinton appears to have a firewall in South Carolina and larger, more diverse states. Given that general election voters are growing more diverse every cycle, Clinton also has the chance to prove that she's the one who can mobilize a winning Democratic majority in November.

Clinton's core challenge remains getting her message out in a race that some media networks have appropriately termed a "circus." With the surprise strength of the anti-establishment Republicans drawing attention to the other side and a refusal to make false promises, Clinton needs some breakthrough moments that showcase the authenticity that made her such a tough candidate for then-Senator Obama to defeat in 2008. And with the threat of a Republican candidate who believes that core functions of the government should be dismantled, Clinton will be able to demonstrate she is the fighter best positioned to defeat them.

Ironically, Sanders, Sen. Ted Cruz (R-Texas) and Trump all make similar arguments: the system is rigged against average Americans; special interests and political "cronies" are reaping the rewards; and nothing short of a massive overhaul is in order. If Bernie Sanders said to Donald Trump and Ted Cruz that we need a revolution, they probably wouldn't disagree. Extreme populism has been on the rise in Europe, and these candidates are attempting to foment a similar sentiment in the U.S.

Extreme populism has been on the rise in Europe, and these candidates are attempting to foment a similar sentiment in the U.S.

The revolution Sanders has discussed has arrived, but on the other side of the aisle. The Republican Party is in a battle for its very identity. The vast majority of Republican caucus-goers voted for candidates who not only have no interest in working with Democrats -- they're not even interested in working with Republicans who are currently serving in Washington. It's not just to hell with K Street -- it's to hell with Capitol Hill.

Polls have consistently showed that Republican primary voters would prefer candidates who stood up to the other side rather than worked with it. And therefore they have no more appropriate standard-bearer than Ted Cruz, who became a household name by forcing the government to shut down altogether.

The Iowa caucus was tailor-made for candidates like Cruz, following in the footsteps of Rick Santorum and Mike Huckabee. He rallied evangelicals; he won over arch-conservatives; he masked his elite background with a folksy style (and a little help amplifying it from his friends at Goldman Sachs).

If Sanders said to Trump and Cruz that we need a revolution, they probably wouldn't disagree.

While Cruz's organization may have helped to best Trump, Trump has staying power that could propel him to the top in New Hampshire and on through larger states that focus less on retail politics. The Apprentice, after all, had 14 seasons.

Battered by a Cruz and Trump victory, Republican operatives have rushed to promote a Rubio "surge." But they face the cold reality that their establishment candidate received barely more than a fifth of the vote, and the anti-establishment fervor is at an all time high.

Voters in Iowa and New Hampshire like to see candidates tested, frontrunners especially. It validates their process that often prevents leading national candidates from running away with a quick victory -- not without being quizzed in living rooms and on porches. That tradition carried on this year, and we now know the paths to the nomination will be long and hard fought.

Iowa Showed That Obama's Legacy Is at Stake
Iowa Caucuses 2016 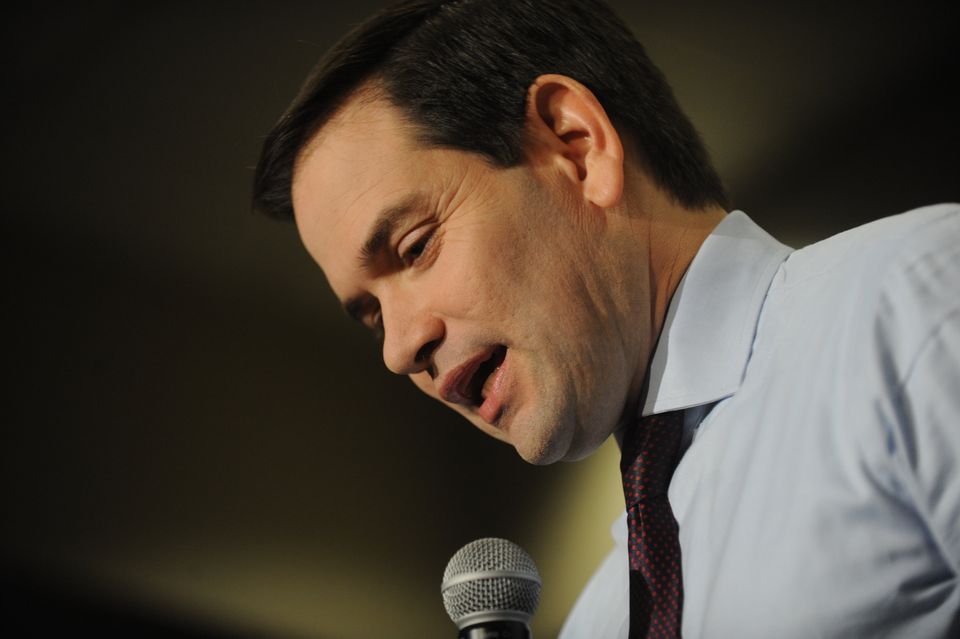