Marge Simpson isn’t happy. In fact, the cartoon matriarch is a little “pissed off.”

After Ellis tweeted that “Kamala sounds like Marge Simpson,” she came under fire from various Twitter users defending the cartoon character as “reliable, competent and moralistic.”

One person who chimed in on Twitter was “Simpsons” co-creator James L. Brooks, who predicted that Simpson would likely have something to say about the comparison.

I wouldn't be surprised if Marge Simpson shared her reaction to Jenna's shot.

Marge did shoot back via a YouTube video released Friday.

“I usually don’t get into politics, but the president’s senior adviser Jenna Ellis just said Kamala Harris sounds like me! Lisa says she doesn’t mean it as a compliment,” Simpson said in the 27-second clip.

Then Marge referenced a recently panned tweet from the president by referring to herself “as an ordinary suburban housewife” and told Ellis: “I’m starting to feel a little disrespected. I teach my children not to name-call, Jenna…”

The video ends with Simpson revealing just how bothered she was by Ellis’ comments.

“I was going to say I’m pissed off, but I’m afraid they’d bleep it,” she said.

You can see her complete response below. 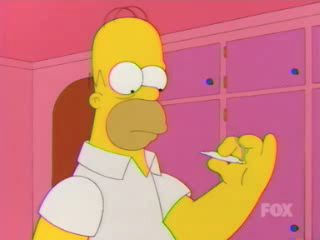