Actor Jeremy Jordan is enjoying one of the splashiest moments on Broadway for a newcomer in recent memory. Jordan starred in the new musical Newsies at the Paper Mill Playhouse in New Jersey. The lavish Disney production was intended to create a property that could be mounted in high schools and community theaters, but the show was so well reviewed it is jumping directly to Broadway in March of 2012.

But Jordan won't be appearing in the show on Broadway. He's already there. It's not his first time on the Great White Way: Jordan's been the swing in Rock of Ages and played Tony two times a week in a revival of West Side Story. But for the first time Jordan is creating the lead role in a new Broadway musical: Bonnie & Clyde by composer Frank Wildhorn. At one point, Jordan was appearing nightly to packed houses in Newsies and working on creating the role of gangster Clyde Barrow during the day. How did a relatively unknown like Jordan land such two high profile gigs at the same time? It helped that both were being directed by Jeff Calhoun, who believes in Jordan and knew he could handle the crazy work load (and of course nobody expected Newsies to have such an immediate second life). 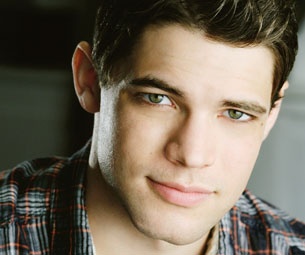 The good luck doesn't stop there: the very first time Jordan appeared on stage in Rock Of Ages, director Todd Graff (Camp, a comedy about musical theater summer camp and Bandslam, the sweet teen comedy) was sitting in the audience having just written his next feature film. Jordan soon found himself cast in the key role of Dolly Parton's grandson in the new movie Joyful Noise, which costars Queen Latifah and opens in January. (The trailer is at the bottom of the story.)

He's also engaged to fellow Broadway star Ashley Spencer, who just left Priscilla, Queen Of The Desert to recover from foot surgery; they're getting married next fall. Spencer was one of two finalists in the talent competition Grease: You're The One That I Want -- the other was winner Laura Osnes, who ironically plays Bonnie Parker in Bonnie & Clyde. Here's Osnes singing one of the show's best numbers -- "How 'Bout A Dance" -- in a short film about the making of the musical's trailer.

It's not all rosy: composer Frank Wildhorn has a patchy record commercially in New York and the New York Times ran a story asking investors why they would invest in Bonnie & Clyde. That just makes Jordan feel like an underdog and ready to stand up for a show he believes in. Just two days before opening night, Jordan took the time to sit back in his dressing room and cover his career and the pleasures of performing in this show.

Jordan talks about a childhood without a lot of money, just like the two lead roles he's created. Jordan says he can identify with the rage of Clyde much more easily than the rallying spirit of Jack, the kid from Newsies who leads a strike. An early accident ended his love of athletics and sent Jordan towards musical theater (a grandmother who ran the local community theater made it inevitable as well.) He candidly says that being straight can be an advantage when trying to land lead roles (along with those looks and that tenor voice) but also has taken to his Twitter account over the past two years to champion equal rights for gays. Born in Texas (just like Clyde), Jordan is a lifelong Dallas Cowboys fan (and doing great in not one but two fantasy football leagues) and yet an offhand gift of a baseball cap when he was a kid made Jordan a New York Yankees fan as well. (Take that, Texas Rangers.) If he seems calm and focused and happy for a guy about to face opening night, that's just the result of being a talented actor who has seen just about everything going his way so far. Whatever the fate of his first new musical on Broadway, Jordan should be around for years to come.

Note: Michael Giltz was provided with free tickets to this show with the understanding that he would be writing a review.