UPDATE: RadarOnline reports that police have arrived at the facility and that there is "visual indication of increased security." WLBT in Jackson, Miss. also hears from sources that Woods is at the rehab center.

Tiger Woods sex rehab rumors continue to swirl. Earlier this week a pair of articles reported that Woods had entered a sex rehab clinic in Arizona.

Today, however, RadarOnline writes that Woods is enrolled a sex rehab center in Mississippi. Pine Grove Behavioral Health & Addiction Services bills itself as "one of the nation's most comprehensive treatment campuses."

X17 reported in late December that Woods was in an Arizona sex rehab clinic. Earlier in December, another report claimed Woods entered rehab in Arizona for "sexual compulsion" as well as Vicodin and Ambien use. 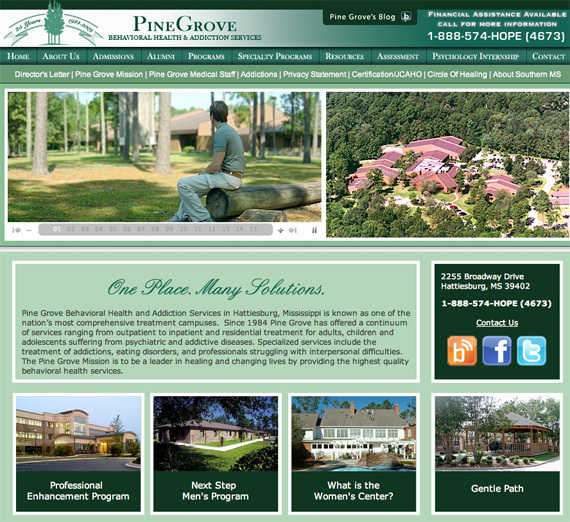