The debate over the Export-Import Bank remains unresolved, so expect Delta to sign a short-term lease at Johnny’s Half Shell. A gay businessman apologized for hosting a fundraiser for Ted Cruz, but it's unclear if this will impact Bernie Sanders’s forthcoming town hall at the National Organization for Marriage. And Chuck Grassley doesn’t want to restore the full Voting Rights Act because “more minorities are already voting.” Iowa's senior senator is also expected to vote against a resolution supporting a "Stop Bullying" campaign due to a pronounced decline in kids hanging from lockers by their skivvies. This is HUFFPOST HILL for Monday, April 27th, 2015:

SCALISE: EX-IM BANK SET TO 'EXPIRE' - Translation: Just how many fundraisers can Boeing's lobbyists throw by the end of June? Matt Fuller: "In an interview with CQ Roll Call, the Louisiana Republican signaled continued opposition to an Ex-Im reauthorization. Asked what he thought would happen to the export credit agency, which finances and insures foreign purchases of U.S. goods, Scalise offered a simple prediction. 'It’s set to expire,' he said. Pressed on that answer a bit -- Of course it’s set to expire, but will it? -- Scalise was a little clearer. 'At this point, [Financial Services Chairman Jeb Hensarling of Texas] has said he wants it to expire, and I think it’s on track to go that way,' Scalise said. The bank’s charter expires on June 30, and Hensarling and other fiscal hawks, who dismiss the bank as little more than 'corporate welfare,' are content to see the 81-year-old agency fade away. But with some GOP support for a reauthorization in both chambers, and with near-unanimous support among Democrats, it’s an open question as to what will really happen...But there are plenty of Republicans, privately and publicly, who feel leaders have an obligation to give them a vote on reauthorization — a vote that, with the help of Democrats, would likely pass. Much of the question with the bank is how GOP leaders will handle Hensarling’s resistance to a reauthorization bill. Would they force Hensarling to consider a bill? Would they simply subvert the committee process?" We just love that Delta has been able to spend enough money on the tea party to get them to accuse a rival airline of participating in crony capitalism. That's a landing on the Hudson for you right there. [Roll Call]

Follow HuffPost's coverage of the unrest in Baltimore, where it's the cops who are throwing rocks at the protesters. God bless Balmer.

LUKEWARM IN HILLARYLAND: CLINTON VOWING TO REINVIGORATE STATE PARTIES - Gabriel Debenedetti: "Hillary Clinton had a message to relay in private meetings with state and local Democrats during her highly-choreographed swings through Iowa and New Hampshire this month: let me help you. The implication? She’ll fix the party infrastructure that withered under President Barack Obama.The Democratic front-runner has stressed the importance of bolstering -- and in the case of Iowa, rebuilding -- the state parties from the ground up, as they received scant national attention since 2008. Some Democrats even pin the blame on the president himself. Clinton’s pitch is especially resonant in Iowa, where her team is already encouraging rural Democrats to run for their school boards and county commissions. It’s not just a standard exercise in party-building: Team Clinton is betting that the organizing and goodwill generated by this outreach will pay dividends when it comes time to flip the switch on her own caucus and primary machines." [Politico]

Strangest thing we saw at this year's White House Correspondents' Dinner festivities: Sansa Stark playing an Oval Office video game at the Washington Post pre-party, immortalized for your enjoyment with this crappy GIF.

THAT TIME WE WERE BORED AND INSTALLED PHOTOSHOP 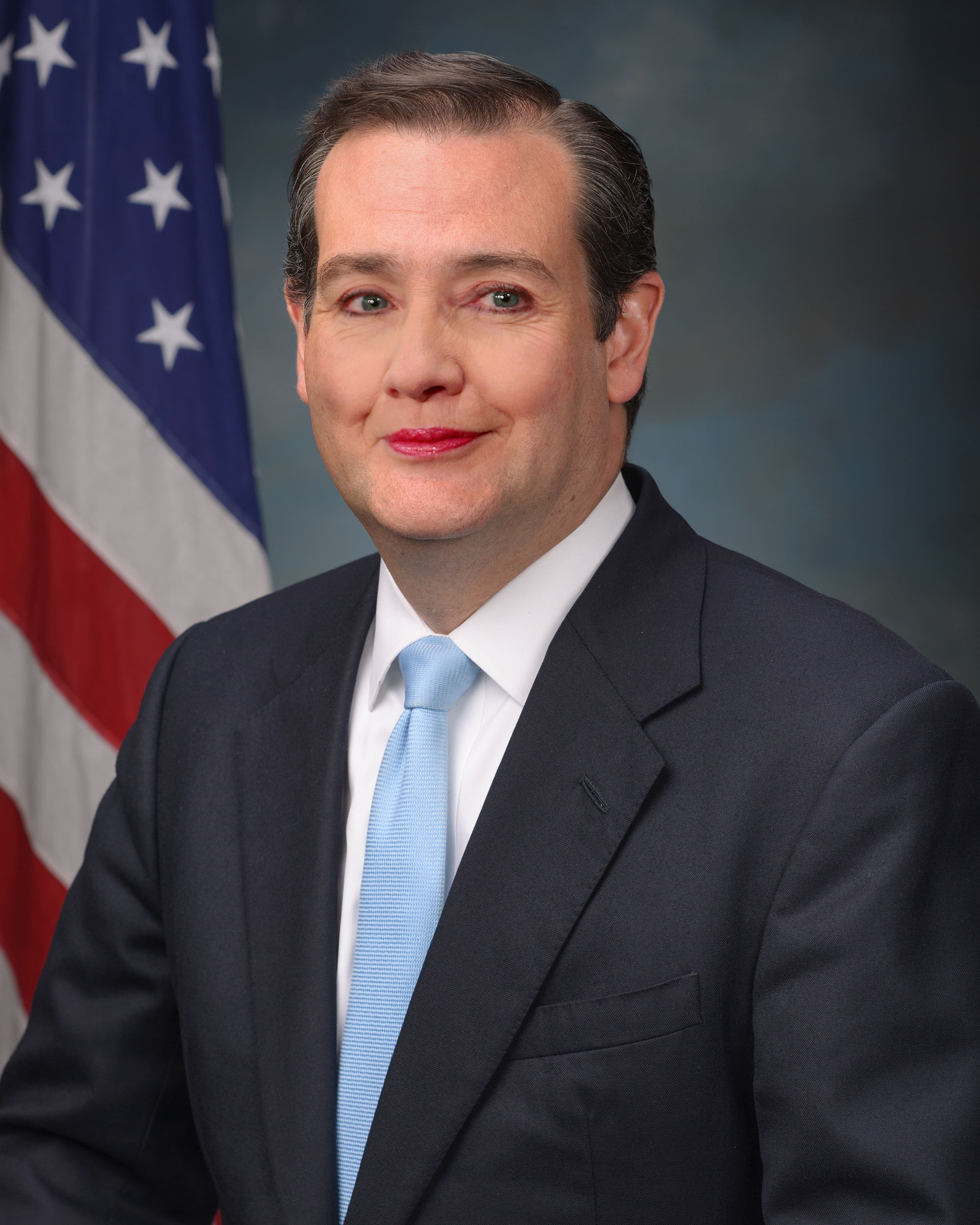 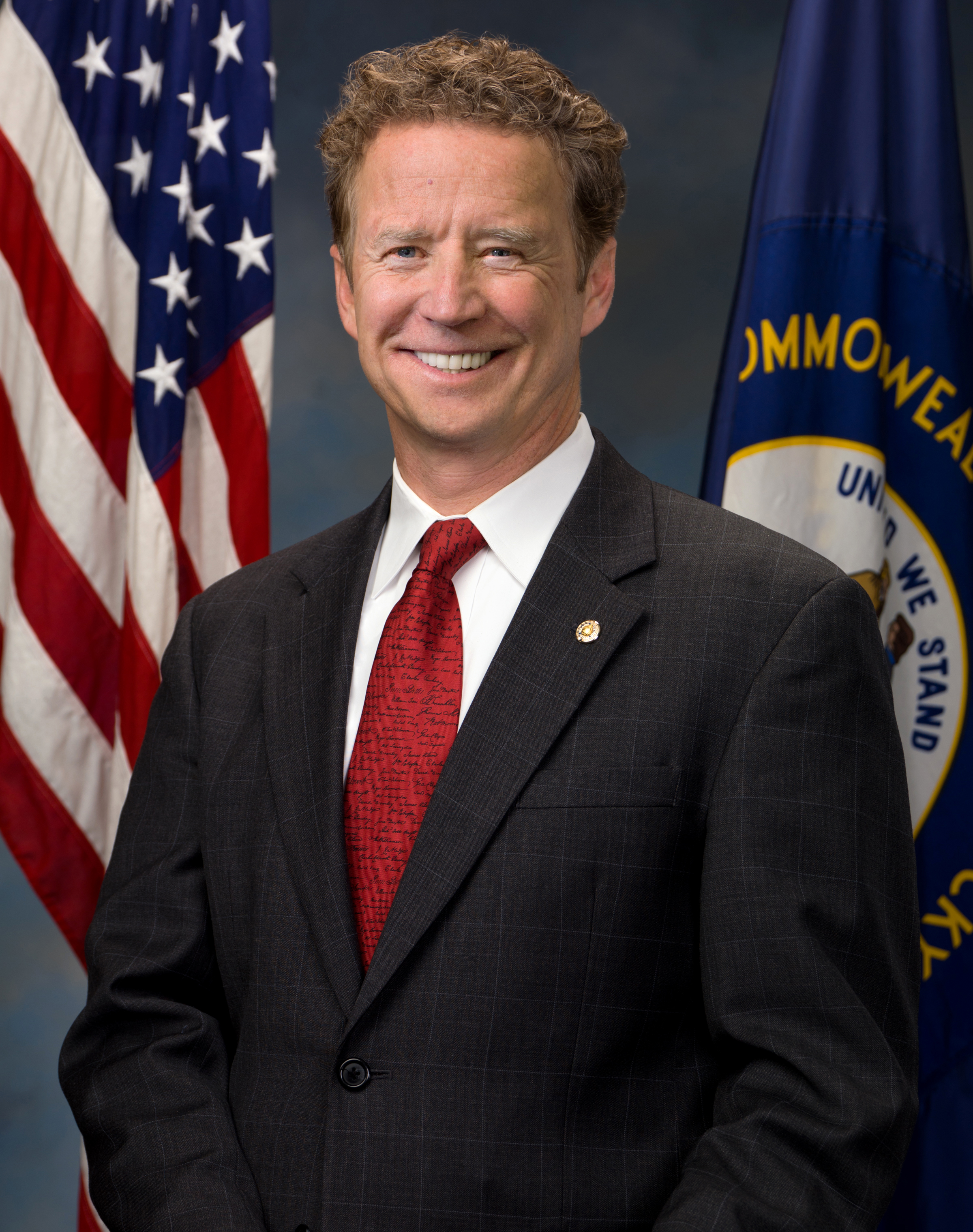 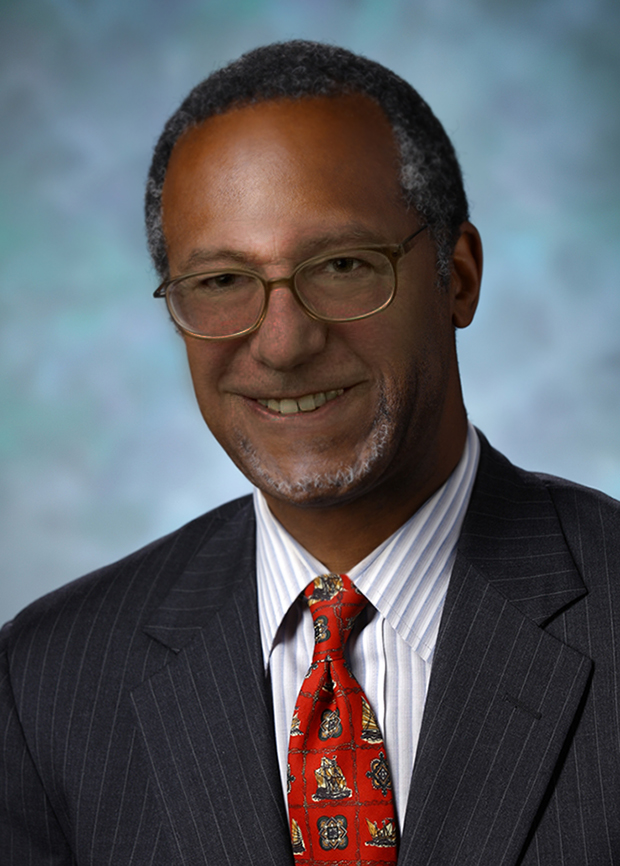 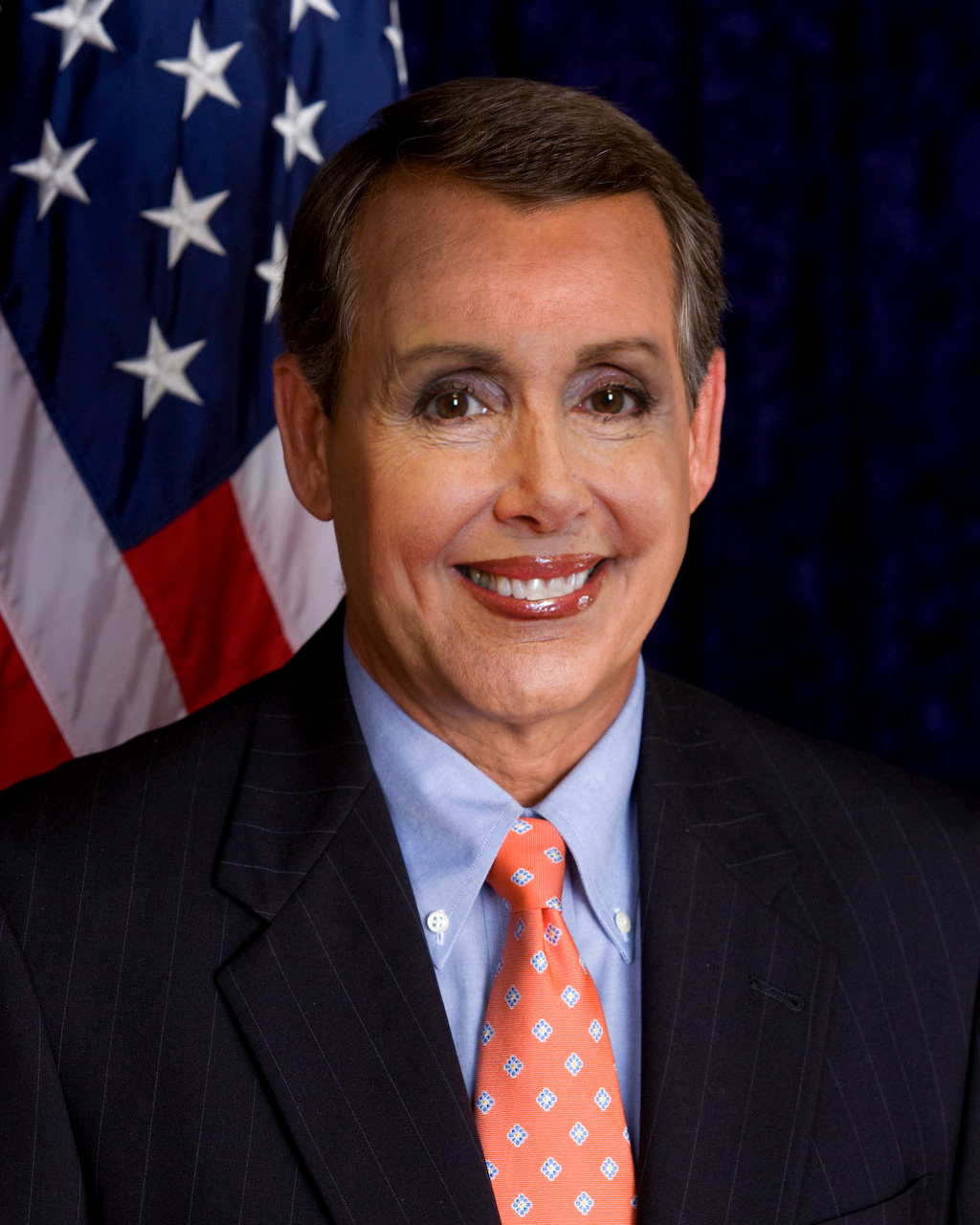 AMERICA A UTOPIA NOW: GRASSLEY - Who says black people need special voting protections? They've done such a great job overcoming all those disenfranchisement laws! Jen Bendery: "Sen. Chuck Grassley (R-Iowa), chairman of the Judiciary Committee, said Monday he doesn't expect to bring up legislation to restore the Voting Rights Act, because lots of minority people are already voting. During an event at the National Press Club, Grassley was asked about the committee considering a bill that would fix the landmark 1965 law. The Supreme Court struck down Section 4 of the law in 2013, ruling that it needed to be updated. The section determined which states and localities with a history of suppressing minority voters had to get permission from the Justice Department to change their voting laws. The justices instructed Congress to come up with a new formula for designating which regions of the country warrant special scrutiny. Grassley dismissed the idea that there's a need to act. 'It depends on what you want to fix,' he said. 'If you want to fix more minorities voting, more minorities are already voting.' The Iowa senator said the high court 'threw out' Section 4, so the only way he'd consider revisiting the issue is if there was 'some other reason' to tinker with the law." [HuffPost]

JEB REINFORCES HIS RIGHT FLANK - Nothing says compassionate conservatism like shutting down a health clinic. Amanda Terkel: "Jeb Bush supports efforts to defund Planned Parenthood, according to one of his senior advisers. Jordan Sekulow is a prominent Christian evangelical attorney and joined the former Florida governor's team last month as a senior adviser. He spoke Saturday at the Faith and Freedom Summit in Iowa, where nine presidential hopefuls appealed to the group of conservatives in attendance. Bush, who is exploring a run and widely expected to jump into the field, skipped the event and sent Sekulow in his stead. 'We have got to defund Planned Parenthood, by the way, and Gov. Bush supports those efforts,' said Sekulow to applause from the crowd. Generally, legislation targeting Planned Parenthood prevents federal money from going to the family planning provider's clinics until it can certify that it no longer offers abortions -- even though Planned Parenthood only uses federal money for non-abortion services." [HuffPost]

And Rand Paul is reinforcing his… something: "Sen. Rand Paul, a Republican candidate for president, said today in front of an audience of Orthodox Jews that it was a “mistake” to topple Saddam Hussein in Iraq and later wage war in Libya. 'All the way back to the Iraq War, I think it was a mistake to topple [Saddam] Hussein. Hussein was the bulwark against Iran. The Sunnis didn’t like the Shiites, now Iraq is a vassal state for Iran,' Mr. Paul, the libertarian-leaning Kentucky senator, said. 'I’m worried [Iran] is twice as strong as it was before the Iraq War.'" [NY Observer]

GAY BUSINESSMAN APOLOGIZES FOR HOSTING TED CRUZ FUNDRAISER - "Gay Judas" should be the name of Tony Kushner's next play. Amanda Terkel: "Ian Reisner, a gay businessman who hosted an event for Sen. Ted Cruz (R-Texas) in New York this week, apologized on Sunday after furious backlash from the gay community. Reisner and his longtime partner Mati Weiderpass hosted a 'fireside chat' with the presidential candidate, who reportedly softened his notoriously anti-gay tone at the event by claiming that, if one of his daughters were gay, 'I would love them just as much.' News of Cruz's appearance prompted a boycott of the two men's businesses. In a statement posted to his Facebook page on Sunday, Reisner sought forgiveness for his 'poor judgement,' explaining that he did not do his homework on Cruz's record on marriage equality before agreeing to host the event. 'I am shaken to my bones by the e-mails, texts, postings and phone calls of the past few days. I made a terrible mistake. I was ignorant, naive and much too quick in accepting a request to co-host a dinner with Cruz at my home without taking the time to completely understand all of his positions on gay rights,' he said." [HuffPost]

Speaking of, here's Lila Shapiro's dispatch from the National Organization for Marriage's annual rally: "This is my third year reporting on the National Organization for Marriage’s annual “March for Marriage.” The past three years have not been kind to opponents of gay marriage in America, who have, with only minor exceptions, lost every significant legal, political and cultural battle they’ve fought. This year’s march was billed by NOM President Brian Brown as “our last, best opportunity to reach the U.S. Supreme Court before they decide whether marriage as it has existed throughout our history is unconstitutional.” But nearly everyone I talked to said they felt that moment had already passed. 'Honestly, I think it might be over,' said Mary, a 27-year-old woman from Virginia who declined to give her last name. Nearby, two women in long dresses and sun hats were talking about the end of days. 'It’s like my daddy always says, we’re going to hell in a handbasket,' said Jaime Smathers, 37, who’d come with her church from Virginia. She didn’t smile as she said it. There is very little joking at the March for Marriage. 'We are decades behind in explaining the benefits of marriage to the American people,' said Michael Drake, a clean-cut, intensely somber man wearing the red sash of the American Society for Defense of Tradition, Family and Property -- a conservative Catholic organization whose members have described natural disasters as 'God’s chastisement' for legalizing same-sex marriage." [HuffPost]

MARTIN O'MALLEY DOING SOME FUNDRAISING - Listen, the money you loan your faltering campaign doesn't magically appear out of thin air. John Wagner: "Former Maryland governor Martin O’Malley, who’s been busy traveling to early presidential nominating states, is diverting overseas for a few days to make some money for his family. The Democrat is scheduled to deliver a series of paid speeches in London and Dublin the first part of the week on topics including data-driven governance and renewable energy, according to aides. Since leaving the governor’s office in January, O’Malley’s income has come primarily from such speeches, as well as a teaching arrangement at the business school at John Hopkins University in Baltimore, where he lives...O’Malley is angling to formally enter the presidential race in late May, setting up an uphill battle for the Democratic nomination against Hillary Rodham Clinton -- who often made $300,000 or more when she was delivering paid speeches. Once O’Malley is formally in the race, he will stop giving paid speeches, aides said. They would not disclose the financial terms of O’Malley’s appearances this week but provided a list of his audiences." [WaPo]

BECAUSE YOU'VE READ THIS FAR - Here's a dog trying to install an indoor pool.

- Gorgeous GoPro of scuba diving through a massive school of fish.

- Stephen Hawking weighed in on a recent One Direction shakeup.

@GrahamDavidA: Wolf is shocked that there might be violent protests in a city, of all places! for some reason.

@emmaroller: “lol but The Wire, am I right?” - people I am about to unfollow

@MrkAge: "How do I talk to my kids about [insert topic of controversy among conservatives]?!!"

I dunno, tell them whatever. Kids are idiots.