Idea Summary: Knoxville will create a culture of healthy eating and eliminate food deserts by stimulating connections in the urban food cycle between land, farming jobs, food processing, distribution, sale, and composting. Click here to vote for this idea.

Politicians often talk metaphorically about "kitchen table issues," the things that matter most to the people we serve. It is hard to think of a more literal kitchen table issue than what our citizens actually have to eat every day - what kind of food options people have, and how well equipped they are to make the most of them. That is why as Mayor of Knoxville, Tennessee, I have proposed the creation of an Urban Food Corridor.

In a time when entire cable networks and many monthly magazines are devoted to trendy cooking and dining, when once-novel ideas like organic farming and "eating local" have become mainstream all over America, it may be hard to remember that many people still lack access to healthy, affordable food.

Knoxville, like many cities, has neighborhoods in our urban core that have been designated as "food deserts" - places with few local grocers, where food prices are often high and healthy food choices are narrow. Many of those neighborhoods also suffer blight from abandoned or neglected properties, and other symptoms of disinvestment.

In my view, that matrix of familiar problems presents an opportunity for innovation. Our proposal for the Bloomberg Mayors Challenge connects underused urban spaces with the need for good, local jobs and good, local food.

The idea for an Urban Food Corridor came from responses the City received when we asked local residents to submit their own ideas for Knoxville's proposal. It offers an inventive, sustainable approach to several persistent challenges in our core neighborhoods.

As a first step in this cycle, we have identified properties among the 184 vacant lots the City already owns that could be converted to urban farmland. This would turn unproductive, blighted areas into productive, attractive community assets.

The City will begin with a 6.2-acre pilot farm and composting facility to remove system kinks and refine the program. We will hire local residents to farm the selected land. The crops will be harvested, then processed in existing neighborhood kitchen facilities. A portion of the crops will be donated to residents within the food deserts, while the rest will be transported to local buyers including area stores and restaurants. The result will be healthy, locally grown food, farmed by local residents, made available to Knoxville shoppers and diners.

Based on what we learn from the pilot program, the Food Corridor would be expanded citywide, providing economic opportunity and health benefits across Knoxville and also providing a model that could be replicated in cities across the country.

Regardless of the outcome of the Mayors Challenge, the work and ideas that have gone into this proposal will not be wasted. Some parts of it could be pursued incrementally, and the Food Corridor concept helps us think about some long-term challenges in new and creative ways.

Knoxville's application for the Mayors Challenge grew out of the great ideas that can come when a city welcomes input and participation from all of its residents. Our selection as a finalist demonstrates again the value of that approach. As our experience has shown many times in recent years, the best way to find new ideas is to invite them. 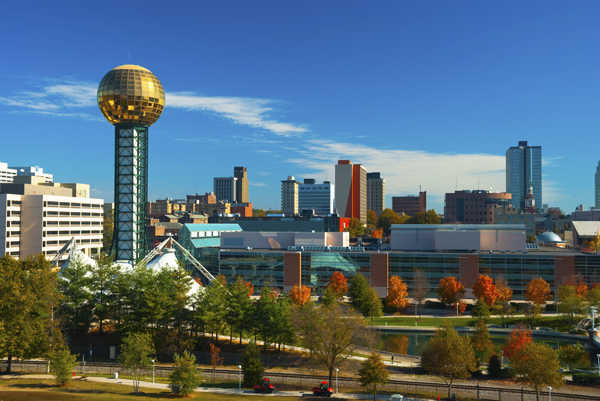